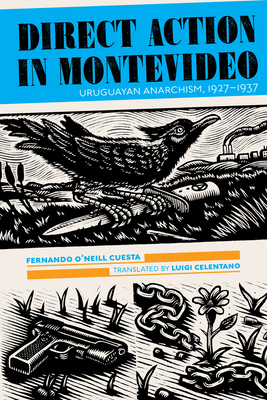 By Fernando O'Neill Cuesta
$22.00
Email or call for price.

Direct Action in Montevideo is the astonishing tale of anarchists willing to use extraordinary methods to achieve their goals. Seen as mere criminals by the legal system, the author met many of them in prison, where he was serving his own sentence. Politicized by his experiences, he went on to eventually write their story, which was also the story of a culture of solidarity and resistance in the face of oppression. These men were rebels who violated the norms of a social order they considered unjust, often responding to the violence of exploitation and immiseration with a violence of their own, robbing banks to fund revolutionary activities, planting bombs, fighting strikebreakers, aiding fugitives, and attacking, even assassinating, bosses and political figures.