The Judge: More Than Just a Game (Hardcover) 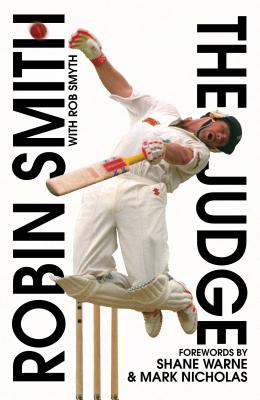 Robin Smith was one of England’s most popular cricketers of the 1990s. The Judge, as he was known to all, took on some of the most dangerous fast bowlers of all time with a skill and fearlessness that ensured hero status. His savage square cut drew roars of approval from fans all around the world, especially those of his beloved England and Hampshire. But when he was prematurely dumped from the England set-up at the age of 32, he had to face his toughest opponent of all – himself. Smith suffered a debilitating loss of identity, especially when he retired from professional cricket in 2003, and struggled to deal with the contradictions in his personality. Was he The Judge, the fearless warrior, or Robin Smith, the frantic worrier?

Without a support structure to transition from cricket to the outside world, Smith suffered from mental health, alcohol, marital and financial problems until he hit rock bottom and planned to take his own life. In The Judge - More than Just a Game, he revisits his experience of extreme darkness and challenges old-fashioned notions of masculinity. He also shares the many highs and lows of his eventful international and county career, when cricketers worked hard and partied even harder; a time almost unrecognisable to the modern day.