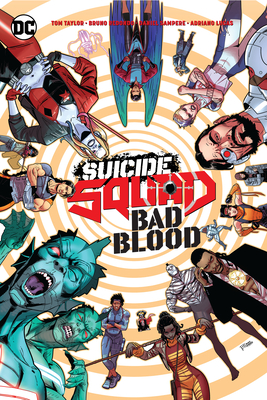 By Tom Taylor, Bruno Redondo (Illustrator)
$19.99
This item is out of stock with our warehouse. Some recently published books may be in stock @ Room. Email to check.

When the Suicide Squad is assigned to neutralize a group of international super-terrorists known as the Revolutionaries, the last thing they expect is for the survivors to join the team! Who can Squad veterans Harley Quinn and Deadshot trust when their new teammates are the very people they were sent to kill? This crew could survive the mission, but they might not survive each other— so don’t get attached.