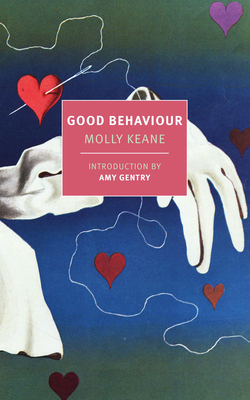 This Booker Prize-short listed dark satire of 20th-century Irish society is back in print.

Is it possible to kill with kindness? As Molly Keane’s Booker Prize–short-listed dark comedy suggests, not only can kindness be deadly, it just may be the best form of revenge. The novel opens as Aroon St. Charles prepares to serve her invalid mother a splendid luncheon—the silver gleams, the linens glow—of rabbit mousse, a dish her mother despises. In fact, a single whiff of the stuff is enough to knock the old lady dead. “All my life so far I have done everything for the best reasons and the most unselfish motives,” says Aroon soon after. In the pages that follow she will make her case, reminiscing about her youth among the hunting-and-fishing classes of Ireland,
a faded aristocracy dedicated to distraction even as their fortunes dwindle.

Keane’s brilliant sleight of hand is to allow her blinkered heroine to narrate her own development from neglected child, to ungainly debutante, to bitter spinster: Aroon understands nothing, yet she reveals all.

Molly Keane (1904–1996) was a novelist and playwright born in Kildare, Ireland, to a wealthy hunting family. As a teenager, she started writing in secret, composing fiction that satirized the idiosyncrasies of the Anglo-Irish aristocracy. She published eleven novels under the pseudonym M. J. Farrell, first publishing under her own name in 1981, at the age of seventy-seven, with Good Behaviour.

Amy Gentry is the author of Good as Gone, a New York Times Notable Book, and Last Woman Standing. She is also a nonfiction writer whose work has appeared in numerous outlets, including the Chicago Tribune, Salon, and The Paris Review. She lives in Austin, Texas.

"Molly Keane's Good Behaviour presents a character whose own strict Christian code wreaks havoc on all those around her. Though she herself tells the tale, we somehow see her morality's disastrous consequences. Hilarious and sinister.” —Allan Gurganus, The New York Times

“I really wish I had written this book. It’s a tragi-comedy set in Ireland after the First World War. A real work of craftsmanship, where the heroine is also the narrator, yet has no idea what is going on. You read it with mounting horror and hilarity as you begin to grasp her delusion.” —Hilary Mantel

“Simultaneously light and dark, pleasurable and harrowing, Good Behaviour may appeal chiefly to readers drawn to characters who are a mixture of well-meaning and hilariously vile, victimizer and victim. . . . Aroon St. Charles is Molly Keane’s great creation, Good Behaviour her masterpiece.” —Francine Prose, The New York Review of Books

“I have read and re-read Molly Keane more, I think, than any other writer. Nobody else can touch her as a satirist, tragedian, and dissector of human behaviour. I love all her books, but Good Behaviour and  Loving and Giving are the ones I return to most.” —Maggie O’Farrell

“An extraordinary tour de force of fictional presentation . . . a masterpiece . . . a technically remarkable work, as sharp as a blade. . . . Molly Keane is a mistress of wicked comedy.” —Vogue

“A witty, black comedy of manners, Good Behaviour is a memorable novel by an Irish writer whose only equal is Elizabeth Bowen.” —The Bookseller

“Good Behaviour includes very little good behavior, featuring instead delicious and deleterious accounts of illicit sex and wild high jinks, and a mother-daughter duo who can scrap with the best of them.” —Vulture, “Best Books of 2021 So Far”