Native Americans: A Captivating Guide to Native American History and the Trail of Tears, Including Tribes Such as the Cherokee, Muscogee (Hardcover) 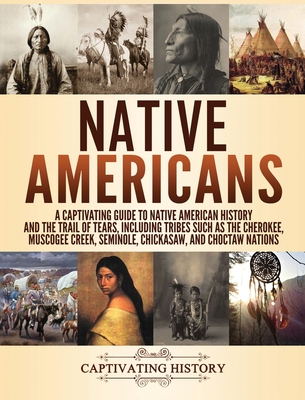 If You Want to Discover Native American History then Keep Reading...

Two captivating manuscripts in one book:

"History is written by the victors," said the victor Winston Churchill. But does that compromise the truth of what really happened?

Propaganda has always played a crucial role in turning tides and swaying opinion, and in few places is that more pronounced than in the wholesale slaughter of the native peoples in both North and South America.

When some of the people of European descent could not get what they wanted from the Native Americans, they would demonize or dehumanize them so that the American people would clamor for government intervention. This is, for example, evident by analyzing Andrew Jackson's speech to Congress on Indian removal where he would refer to the Native Americans as savages.

In this new bundle book from Captivating History, you will discover the shocking and controversial history of the Native Americans.

Part 1 of this book include topics such as

Get the book now to learn more about the Native Americans