Give in to Me (Paperback) 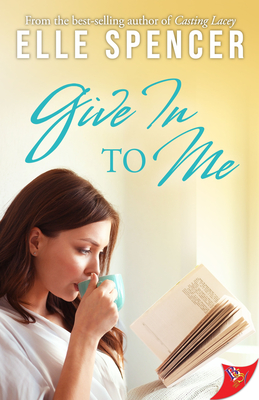 Whitney Ainsworth has had a very tough year. First up was the very public divorce from an A-list actress, and then the third book in her popular suspense series bombed. She's got a chronic case of writer's block and feels like a fraud getting paid to give speeches about achieving success. After a particularly disastrous event, Whitney's manager suggests a romantic distraction might be in order. Gabriela Talbot never expected to hear back when she requested an interview with her favorite author--certainly not after the scathing review she'd given Whitney's latest book. She's thrilled when the opportunity arises. What happens next isn't what either expected, and although passions flare, Whitney is furious when she learns she's slept with the enemy. Their already rocky road to friendship--or something more--is complicated by family, Hollywood's expectations, and an ex-wife who's set to star in the film adaptation of Whitney's first book. Will they find their way to love or will insecurities and outsiders prove too much to overcome?