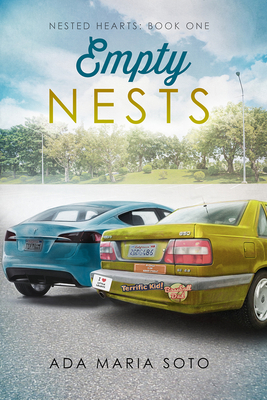 This is book number 1 in the Nested Hearts series.

Nested Hearts: Book One Neither James nor Gabe has ever had a real relationship. They might make a connection if they can get past their differences—and their fears. At age fourteen, James Maron decided to prove he wasn’t gay despite vast evidence to the contrary. Now at thirty-two, he’s getting ready to send his son to college and wondering what he’s supposed to do next. Outside his son, his life consists of an IT job he hates and watching telenovelas with the women in his apartment building. Gabriel Juarez is the CFO of a technology giant. He has looks, charm, fantastic wealth, a workaholic personality, and a string of boyfriends who only stick around because he’s too busy to tell them to leave. A bad laptop/projector interface causes James and Gabe’s paths to cross. Friends, family, and coworkers jump to match Gabe with a nice guy, and James with anyone. But are they too different? Everyone will have to tread very carefully to keep things from ending before they start.