The Year of Magical Thinking (CD-Audio) 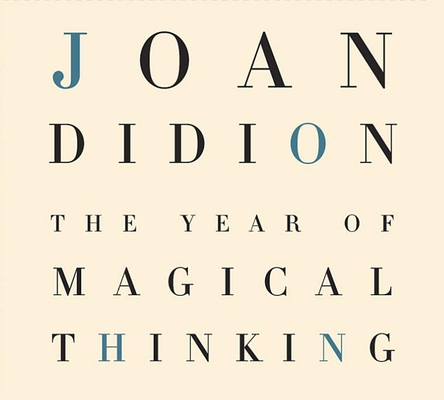 Didion's journalistic skills are displayed as never before in this story of a year in her life that began with her daughter in a medically induced coma and her husband unexpectedly dead due to a heart attack. This powerful and moving work is Didion's "attempt to make sense of the weeks and then months that cut loose any fixed idea I ever had about death, about illness . . . about marriage and children and memory . . . about the shallowness of sanity, about life itself." With vulnerability and passion, Joan Didion explores an intensely personal yet universal experience of love and loss. THE YEAR OF MAGICAL THINKING will speak directly to anyone who has ever loved a husband, wife, or child.

BARBARA CARUSO is an American graduate of the Royal Academy of Dramatic Art. She enjoys a rich acting career which has included Broadway, off Broadway, and many theaters across the country. On those stages she has performed in plays by Shakespeare, Chekov, Williams, O’Neil, and Neil Simon, to name but a few.

Spoken word audio is an important part of that career. Her countless recordings include the works of Edith Wharton, Margaret Atwood, Maeve Binchy, Louisa May Alcott, Willa Cather, and children’s classics. AudioFile magazine has chosen her one of their Voices of the Century. She’s won numerous Earphones Awards, including for her narration of The Year of Magical Thinking (an Audie® Award finalist) and The House of Scorta, both published by HighBridge. She is the recipient of the Alexander Scourby Award, presented by the American Foundation for the Blind.

JOAN DIDION is celebrated in the worlds of journalism, literature, and film. She is the author of seven previous books of nonfiction and five novels. With her late husband, John Gregory Dunne, she wrote many screenplays including The Panic in Needle Park and A Star Is Born. She lives in New York City.

“Can one call an audio performance ravishing? That's what Barbara Caruso delivers in this perfect marriage of writing and narration.”
—AudioFile [Earphones Award Winner]