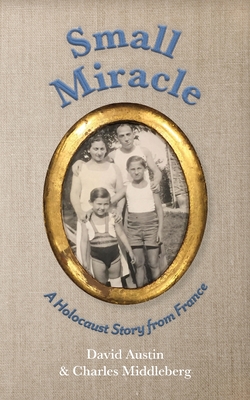 Charles Middleberg is a Holocaust survivor. But when you hear his story in person, he prefers to be called a witness.

Charles and his family are Polish Jews, living in France during World War II. After the German invasion in May 1940, Charles's father is taken away. Soon after, his mother is taken as well, and for the next five years, Charles and his brother will have their lives saved - again and again - by a series of small miracles.

Some of these miracles happen by chance, but most occur because of the concern and care of people who simply decide to do what is right, at exactly the right moment, at great risk to themselves, at a time of great evil when doing nothing would have been the safe and easy thing to do.

This is the message Charles brings as he tells his story of perseverance and survival, and about the dangers of hate, especially during today's troubled times when hate is again on the rise. He is a witness to the greatest crime against humanity; he is the evidence - the living proof of that crime - and when Charles retells his story, we, too, become witnesses.