Point of Hopes: A Novel of Astreiant (Paperback) 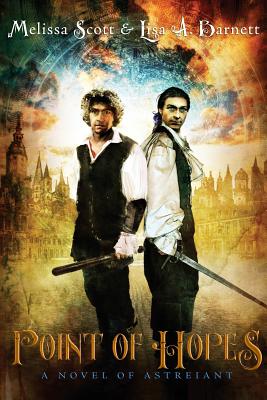 This is book number 1 in the Novel of Astreiant series.

Nicolas Rathe is a pointsman, a dedicated watchman in the great city of Astreiant. During the annual trade fair, with a city filled with travelers and merchants, someone is stealing children. The populace is getting angry and frightened and convinced that a foreigner must be to blame. Rathe calls on the aid of both an out-of-work soldier, the handsome Philip Eslingen, and the necromancer Istre b'Estorr. The art of astrology is a very real power in the kingdom and plays as much a role in politics as greed and intrigue. Rathe finds himself struggling to find the children before a major astrological event brings about catastrophe. The first in a series of fantasy novels filled with adventure, intrigue and gay romance.