Inside/Outside: Six Plays from Palestine and the Diaspora (Paperback) 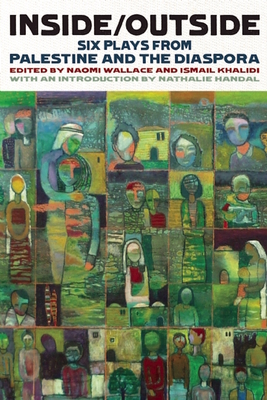 "These plays are a cosmos of mindscapes, vast and varied in beauty, theme, style and form... And despite their multiplicity in accents, cultures and nationalities, they have an unyielding collective voice." - Nathalie Handal, from the Introduction Includes: Tennis in Nablus by Ismail Khalidi
Keffiyeh/Made in China by Dalia Taha
Plan D by Hannah Khalil
Handala by Abdelfattah Abusrour
Territories by Betty Shamieh
603 by Imad Farajin The first collection of its kind, Inside/Outside: Six Plays from Palestine and the Diaspora brings together work by six dynamic Palestinian playwrights from both occupied Palestine and the Diaspora. These plays take on Palestinian history and culture with irreverence, humor and, above all, an electrifying creativity. This anthology is a vital contribution to world theater, introducing six politically, socially and culturally relevant plays by Palestinian authors. Naomi Wallace (editor) is an American playwright whose plays include One Flea Spare, The Fever Chart and The Liquid Plain. Ms. Wallace is a current Residency One playwright at Signature Theatre in New York. She divides her time between England and the U.S. Ismail Khalidi (editor) is a Palestinian American poet and playwright. His plays include Tennis in Nablus, Truth Serum Blues and Sabra Falling. Mr. Khalidi was born in Beirut, Lebanon, and received his MFA from NYU's Tisch School of the Arts. He lives in Chile.