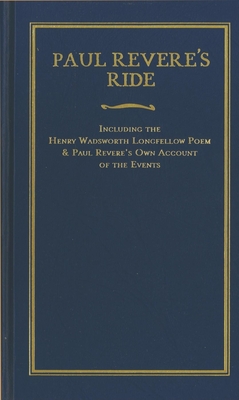 New in Applewood's Books of American Wisdom series is Paul Revere's Ride which includes the 1860 Henry Wadsworth Longfellow poem of the same name, as well as Paul Revere's own account of the events.

The famous midnight ride of April 18-19, 1775 raised the alarm among Massachusetts patriots that the British were on the move from Boston to Concord. Twenty years after the event, Paul Revere wrote a letter telling the true account of the historic ride. Eight-five years after the event, in 1860, Paul Revere and his heroic ride were immortalized by Longfellow in his famous, if not completely accurate, dramatic poem.