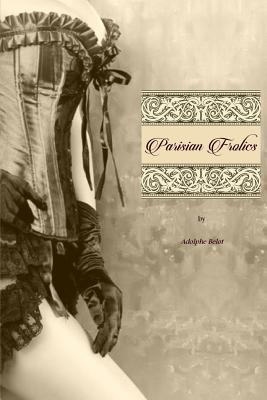 When the wealthy and rakish Henri visits the house of Madame de Saint-Edme, it is with the intention of procuring the company of an eager and compliant beauty to wile away the afternoon. Imagine his surprise then when his eyes fall upon the radiant youthfulness of his cousin Gilberte. But rather than turn from the occasion, he embraces the opportunity to seduce a girl he has only the most wanton of memories growing up with.

What follows is grand tour of excess among the brothels and boudoirs of low and high society Paris, as the duo indulge in every deed their libidinous wills desire. With young and old, man and woman alike, each will succumb to Henri and Gilberte's debauched designs.

Written by Adolphe Belot, an author envied by contemporaries Emile Zola and Gustave Flaubert, this gem of Victorian era erotica surges with sexual energy described in deliciously graphic prose that perfectly captures the Libertine resurgence of turn of the century Paris.