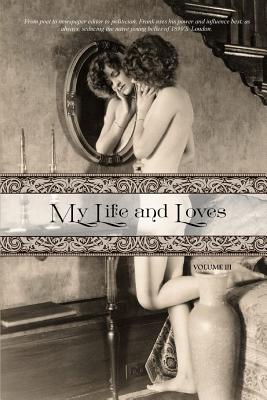 A length I returned to my room thoroughly disillusioned, and scarcely had I bolted her door and got into bed when I heard a timid "tap" from Grace's side.

I hurried over and opened her door. "You were not coming?" she pouted.

"I thought you were tired and sleepy," I said, "but I am glad you tapped." and I carried her to the bed.

Grace was already a wonderful lover. From the beginning she set herself to give one all the pleasure possible and was bold in asking whether this maneuver or that response had been most successful. Accordingly her progress in the art was astoundingly rapid. Already she was such a perfect bedfellow as one only finds twice or thrice in a lifetime. I know that whoever she married later would esteem himself fortunate, and the more experienced he was, the higher he would prize her. The women who complain of their husbands are, I have always found, those who do not know how to heighten delight to ecstasy.

Frank Harris is one of America's literary luminaries, and whether you consider him a Walter Mittyesque fantasist or a man who wrote just as he lived, there is no doubt that he had a very extraordinary life indeed. In Volume III of his work My Life and Loves he recounts with unrestrained abandon his his rise from newspaper editor to politician, surrounding himself men of influence peers, Lords and Princes as the legal and political landscape of late 19th Century Europe molds itself. And no married to his love, she, as vivacious and libidinous in appetite as he, will drive him mad with jealous lust and into the beds of naive nymphets and Ladies of leisure.

Mixing historical fact with a sprinkling of artistic license, Frank Harris paints a romantic picture of late nineteenth century England, where political power play and maneuvering is everything, where laws and alliances are forged amidst a backdrop of affluent excesses. Between rubbing shoulders with figures such as law maker Gladstone, and even Prince Edward, Frank as always regales us in the most shocking of seductions and the most vigorous of couplings in a wonderfully graphic prose that bounds along at the insatiable pace of its protagonist and author.

Locus Elm Press is proud to present this first volume, considerately presented and carefully edited for your reading pleasure. Volumes I, II, and IV, also available.