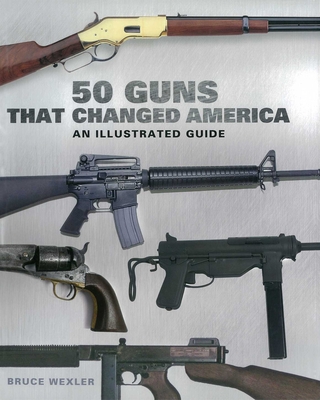 The History of America—And Our Guns

The history of the United States is, like it or not, interwoven with the history of firearms. The young colony needed technologically advanced arms to hunt for food for survival and to maintain a secure base in the face of Native American opposition to European settlers. As the Vikings discovered several centuries earlier, the Indians were tough opponents expert in the use of bladed weapons and bows.

The advent of firearms gave European settlers an advantage, although it was only a matter of time until the Native Americans gained access to firearms themselves. Ironically, this was often through unscrupulous white traders.

Because these superior weapons gained them their freedom, the principle of the right to bear arms remains etched into the American psyche to this day.

Since then, the US has been through a terrible Civil War, at which time many different guns were invented and deployed against brother Americans, each one playing a part in the eventual outcome of the war. After the Civil War came a period of frontier establishment when the country consolidated itself from coast to coast. The outside world knows this best as the Wild West, and again guns played a big part in civilizing unruly parts of the nation. Two world wars also tested America's ingenuity in ensuring that its troops were competitively armed. The invention of automatic weapons by John M. Browning made this a reality. In the post Second World War period the country has had to fight its way through Korea.Vietnam, and numerous other conflicts in the Middle East and Asia. Gun development has not stood still at any time in United States history, and this book illustrates fifty examples that form essential parts of that story.

50 Guns That Changed America will explore the most significant American weapons from the early days of firepower to the amazing modern guns in use today, including:
Each firearm is illustrated in full color with archive photography of the manufacturers and the guns in action where possible.

Bruce Wexler has had a lifelong fascination with the cultural history of America. His interest in Western writing, artifacts, and American history developed through watching the classic Western movies. He is a graduate of English and American literature and is the author of several works on the Old West, including John Wayne's Wild West, The Wild West Catalog, and the definitive automotive title Greatest American Cars.