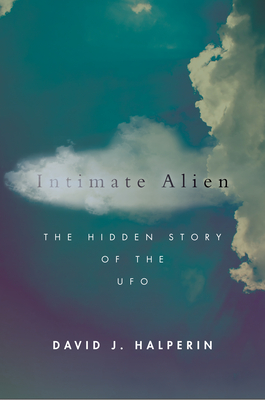 A voyage of exploration to the outer reaches of our inner lives.

UFOs are a myth, says David J. Halperin--but myths are real. The power and fascination of the UFO has nothing to do with space travel or life on other planets. It's about us, our longings and terrors, and especially the greatest terror of all: the end of our existence. This is a book about UFOs that goes beyond believing in them or debunking them and to a fresh understanding of what they tell us about ourselves as individuals, as a culture, and as a species.

In the 1960s, Halperin was a teenage UFOlogist, convinced that flying saucers were real and that it was his life's mission to solve their mystery. He would become a professor of religious studies, with traditions of heavenly journeys his specialty. With Intimate Alien, he looks back to explore what UFOs once meant to him as a boy growing up in a home haunted by death and what they still mean for millions, believers and deniers alike.

From the prehistoric Balkans to the deserts of New Mexico, from the biblical visions of Ezekiel to modern abduction encounters, Intimate Alien traces the hidden story of the UFO. It's a human story from beginning to end, no less mysterious and fantastic for its earthliness. A collective cultural dream, UFOs transport us to the outer limits of that most alien yet intimate frontier, our own inner space.

David J. Halperin taught Jewish studies in the Department of Religious Studies at the University of North Carolina, Chapel Hill, until his retirement in 2000. He has published five nonfiction books on Jewish mysticism and messianism, as well as the coming-of-age novel Journal of a UFO Investigator: A Novel (2011). He blogs about UFOs, religion, and related subjects at www.davidhalperin.net.