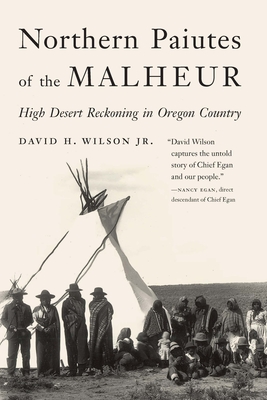 In 1870 a twenty-six-year-old Paiute, Sarah Winnemucca, wrote to an army officer requesting that Paiutes be given a chance to settle and farm their ancestral land. The eloquence of her letter was such that it made its way into Harper’s Weekly. Ten years later, as her people languished in confinement as a result of the Bannock War, she convinced Secretary of the Interior Carl Schurz to grant the requests in her letter and free the Paiutes as well. Schurz’s decision unleashed furious opposition from the Bureau of Indian Affairs, cattlemen, and settlers. A campaign of disinformation by government officials followed, sweeping truth aside and falsely branding Paiute chief Egan as instigator and leader of the Indian forces. The campaign succeeded in its mission to overturn Schurz’s decision.

To this day histories of the war appear to be unanimous in their mistaken claim that Egan led his Paiutes into war. Indian agents’ betrayal of the people they were paid to protect saddled Paiutes with responsibility for a war that most opposed and that led to U.S. misappropriation of their land, their only source of life’s necessities. With neither land nor reservation, Paiutes were driven more deeply into poverty and disease than any other Natives of that era. David H. Wilson Jr. pulls back the curtain to reveal what government officials hid—exposing the full jarring injustice and, after 140 years, recounting the Paiutes’ true and proud history for the first time.

"Charting the Paiutes' history—their beginnings as a tribe of "kin-cliques" without central leadership, their first encounters with settlers, and, finally, the Bannock War of 1878—Wilson argues persuasively that they were victims not only of land theft but of a misinformation campaign whose effects have lasted more than a century."—New Yorker

"This well-crafted, deeply researched account of the war, of the Native people and of the land and its settlement offers penetrating insights concerning Indian policy, local and national. Woven into the story are Sarah Winnemucca and her father, the Applegates, George Crook and others through deep biographical treatments."—Robert Clark, Roundup Magazine

“In Northern Paiutes of the Malheur David Wilson captures the untold story of Chief Egan and our people, fulfilling the wish of my grandfather Hubert Egan for the true story of the Paiutes, hidden for almost a century and a half, to be revealed at last.”—Nancy Egan, direct descendant of Chief Egan and representative of the Egan family

“Wrong was done to the Paiutes—it’s as simple as that—and the passion David Wilson puts into telling their story comes through more powerfully for the restrained and careful way he tells it. This will be a book of lasting value for its contributions to the history of the West and for its simple, elegant prose, which is a western artifact of its own. Both authoritative and exciting to read, this is an excellent piece of work.”—Ian Frazier, best-selling author of Great Plains and On the Rez and two-time winner of the Thurber Prize

“Fascinating. . . . Extensively researched and carefully documented, Northern Paiutes of the Malheur is essential reading for anyone interested in Native American history of the Northwest.”—Steven Lubet, author of The “Colored Hero” of Harper’s Ferry: John Anthony Copeland and the War against Slavery

“Northern Paiutes of the Malheur fills a historical gap with a meticulously researched, fascinating story of the survival of a small band of Indians who wanted to go home—and eventually did. . . . David H. Wilson Jr. does extremely well in describing personalities and backgrounds of leading characters in the story, bringing them to life as real people, not dull figures from a history book. He also excels at placing events in context of some of the cultural and social movements that affected Indian policy.”—Roberta Ulrich, author of American Indian Nations from Termination to Restoration, 1953–2006

“David H. Wilson Jr.’s beautifully written book tells the story of the Northern Paiutes in their historical lands of southeastern Oregon. The Paiutes had learned to survive in this harsh and spectacular landscape in ways that were antithetical to the manifest destiny drive of dominant society. Warfare and persecution of the Paiute people was justified by the long-standing lies of self-serving Indian agents. Wilson shines truth on this sad yet amazing story.”—Jim Scott, founder of the Foundation for Community Vitality in Montana