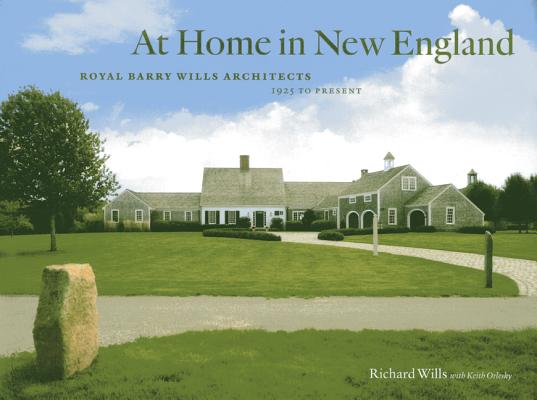 The now venerable firm of Royal Barry Wills was founded in a one-room office on Boston's Beacon Street in 1925. Initially fueled by word of mouth and occasional newspaper exposure, the firm gained admiration for Wills's fresh take on various New England styles, including Georgian, Tudor, French Provincial, and Colonial American. Driven by the country's desire for both aesthetic appeal and practicality, the firm's popularity increased dramatically with its focus on the creation of modern homes inspired by the one-and-a-half-story Cape Cod houses, which perfectly balanced the classic and the new. Now run by his son, Richard Wills, the firm has been designing elegant private homes in the classically inspired Colonial New England tradition for more than eighty-five years. As time has passed, their Cape Cod-style homes have proven remarkably adaptable to the demands of contemporary life, while staying true to Wills's original flair for intermingling past and present. This book features examples of the firm's work from its founding to the present, with an emphasis on more recent houses that have been built throughout New England.

Richard Wills joined his father's firm, Royal Barry Wills, in 1952. Wills became a full partner in 1962 when the firm became Royal Barry Wills Associates, and he served as the sole principal of the firm. In addition to designing the single family homes that are the signature of Royal Barry Wills Associates, Wills also restored and rehabilitated landmark properties and designed multifamily homes as well as commercial and institutional projects. He coauthored More Houses for Good Living and the current edition of Houses for Good Living. He passed away in 2014. Keith Orlesky has been practicing landscape architecture and urban design for more than thirty-five years, often at the intersection of traditional and contemporary design. He is a coauthor of Full Spectrum: The Architecture of Jeremy Sturgess. He lives in California, where he is the West Coast Practice Leader of Urban Planning for the San Francisco office of Skidmore, Owings & Merrill LLP.