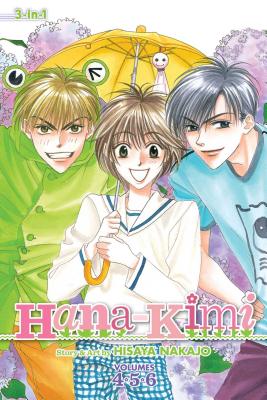 The popular gender-bender romance is now reissued as a 3-in-1 omnibus Mizuki Ashiya has such a crush on a track star named Izumi Sano that she moves from the U.S. to Japan to enroll in the all-male high school he goes to Pretending to be a boy, Mizuki becomes Sano's roommate...but how can she keep such a big secret when she's so close to the guy she wants? It looks like Mizuki's cover might be blown when she finds out she's going to have to compete...in a cross-dressing match. She's going to have to be a boy pretending to be a girl--but that might give away that she's already a girl pretending to be a boy. Plus, a schoolmate has a crush on Mizuki...only he's super confused because he thinks she's a boy.