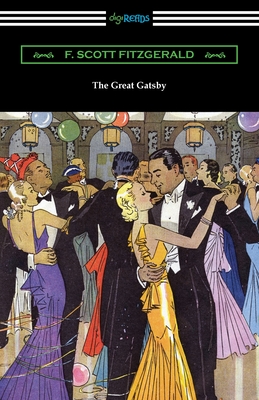 First published in 1925, F. Scott Fitzgerald's "The Great Gatsby" is widely hailed as one of the most important American novels of the twentieth-century. Fitzgerald's third novel and his most significant work, it is the tale of the reclusive millionaire Jay Gatsby and his tragic obsession with the lovely and elusive Daisy Buchanan. The novel brilliantly captures the Roaring Twenties, often called the Jazz Age, one of America's most transformative and iconic time periods. The novel is semi-autobiographical and based in part on Fitzgerald's own time trying to fit in with the wealthy crowd on Long Island's North Shore and becoming part of a social class based in decadence and leisure in order to impress the object of his affection. Fitzgerald was deeply conflicted about this wealthy world and "The Great Gatsby" is a biting social commentary, as the rich are shown in all their immoral excess, capable of shocking acts of passion and violence with little remorse or consequences. While underappreciated during Fitzgerald's own lifetime, "The Great Gatsby" has come to be considered by many as one of the greatest American novels. This edition is printed on premium acid-free paper.