Framing the Ocean, 1700 to the Present: Envisaging the Sea as Social Space (Hardcover) 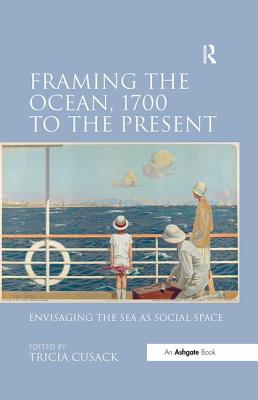 By Tricia Cusack (Editor)
This item is not available to order from Room.

Before the eighteenth century, the ocean was regarded as a repulsive and chaotic deep. Despite reinvention as a zone of wonder and pleasure, it continued to be viewed in the West and elsewhere as 'uninhabited', empty space. This collection, spanning the eighteenth century to the present, recasts the ocean as 'social space', with particular reference to visual representations. Part I focuses on mappings and crossings, showing how the ocean may function as a liminal space between places and cultures but also connects and imbricates them. Part II considers ships as microcosmic societies, shaped for example by the purpose of the voyage, the mores of shipboard life, and cross-cultural encounters. Part III analyses narratives accreted to wrecks and rafts, what has sunk or floats perilously, and discusses attempts to recuperate plastic flotsam. Part IV plumbs ocean depths to consider how underwater creatures have been depicted in relation to emergent disciplines of natural history and museology, how mermaids have been reimagined as a metaphor of feminist transformation, and how the symbolism of coral is deployed by contemporary artists. This engaging and erudite volume will interest a range of scholars in humanities and social sciences, including art and cultural historians, cultural geographers, and historians of empire, travel, and tourism.