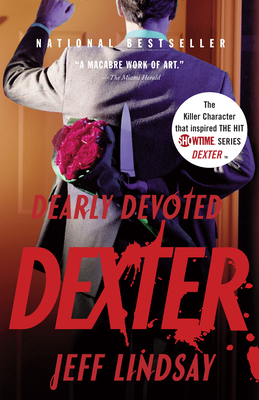 By Jeff Lindsay
$17.00
This item is out of stock with our warehouse. Some recently published books may be in stock @ Room. Email to check.

This is book number 2 in the Dexter Series series.

NATIONAL BESTSELLER • Life’s tough for Dexter Morgan. It’s not easy being the world’s only serial killer with a conscience, especially when you work for the Miami police. • The Killer Character That Inspired the Hit Showtime Series Dexter

To avoid suspicion, Dexter’s had to slip deep into his disguise: spending time with his girlfriend and her kids, slowly becoming the world’s first serial killing couch potato.

Then a particularly nasty psychopath starts cutting a trail through Miami — a killer whose twisted techniques leave even Dexter speechless. When his sister Deborah, a tough-as-nails cop, is drawn into the case, it becomes clear that Dexter will have to do come out of hiding and hunt the monster down. Unless, of course, the killer finds him first. . .

JEFF LINDSAY is the author of Darkly Dreaming Dexter. He lives in South Florida with his wife and three daughters.

“A macabre work of art.” –The Miami Herald“The first serial killer who unabashedly solicits our love.” –Entertainment Weekly “Morbidly funny.”–Marilyn Stasio, The New York Times Book Review“Creepily over the top. . . Snappier than ever.”–The Oregonian“Like a breath of fresh air blowing across all of crime-novel conventions, there is Dexter.”–The Denver PostDearly Devoted Dexter is fascinating, entertaining, and brilliant. Let Jeff Lindsay introduce you to the serial killer next door—Dexter (and his Dark Passenger) are the freshest, most terrifying creations you are ever likely to meet . . . and live to tell about.”—New York Times bestselling author Robert CraisPraise for award-winning Darkly Dreaming Dexter:“A dark and devious novel about Dexter Morgan, the serial killer with a heart . . . Lindsay’s tale is daring and unexpectedly comedic.”—USA Today“A macabre tour de force . . . so snappy and smart.”—The New York Times“It’s [the] human touches, including self-pity, that make Dexter come to life and Lindsay’s book so enjoyable.”—Chicago TribuneFascinating, entertaining, and brilliant.”—Robert Crais