The Hidden One: A Novel of Suspense (Kate Burkholder #14) (Paperback) 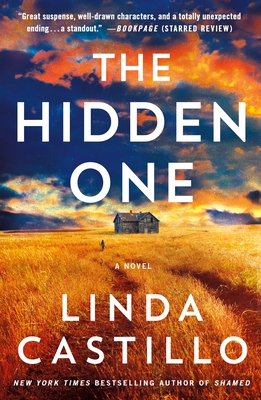 This is book number 14 in the Kate Burkholder series.

The discovery of an Amish bishop's remains leads chief of police Kate Burkholder to unearth a chilling secret in The Hidden One, the next thriller from bestselling author Linda Castillo.

Over a decade ago, beloved Amish bishop Ananias Stoltzfus disappeared without a trace. When skeletal remains showing evidence of foul play are unearthed, his disappearance becomes even more sinister.

The town’s elders arrive in Painters Mill to ask chief of police Kate Burkholder for help, but she quickly realizes she has a personal connection to the crime. The handsome Amish man who stands accused of the murder, Jonas Bowman, was Kate’s first love. Forced to confront a painful episode from her past, Kate travels to Pennsylvania’s Kishacoquillas Valley, where the Amish culture differs dramatically from the traditions she knows. Though Bishop Stoltzfus was highly respected, she soon hears about a dark side to this complex man. What was he hiding that resulted in his own brutal death?

Someone doesn’t want Kate asking questions. But even after being accosted and threatened in the dead of night, she refuses to back down. Is she too close to the case—and to Jonas—to see clearly? There’s a killer in the Valley who will stop at nothing to keep the past buried. Will they get to Kate before she can expose the truth? Or will the bishop’s secrets remain hidden forever?

Linda Castillo is the author of the New York Times and USA Today bestselling Kate Burkholder series, set in the world of the Amish. The first book, Sworn to Silence, was adapted into a Lifetime original movie titled An Amish Murder starring Neve Campbell as Kate Burkholder. Castillo is the recipient of numerous industry awards including a nomination by the International Thriller Writers for Best Hardcover, the Mystery Writers of America’s Sue Grafton Memorial Award, and an appearance on the Boston Globe’s shortlist for best crime novel. In addition to writing, Castillo’s other passion is horses. She lives in Texas with her husband and is currently at work on her next book.

“With great suspense, well-drawn characters and a totally unexpected ending, The Hidden One is a standout installment in a rightfully beloved series.” –Bookpage (starred review)

“From the start of this superb series, Castillo has mastered the fundamentals of fiction—plot, characters and setting—that combine for emotional and intellectual power. She does so again in The Hidden One as she addresses the pull of the past, the strain of the present and the gift of the future.” –Fredericksburg Free-Lance Star

“Castillo--who is not Amish but has done wagon-loads of homework--paints such a vivid picture of Amish farm country that we can almost smell the fresh-cut hay and hear the clopping of horses' hooves. Always, she goes beyond beards-and-bonnets stereotypes to present Amish characters as individuals.” –St. Louis Post-Dispatch

“Another impressive entry in this always-entertaining series, which continues to combine a fascinating look at the Amish community with pacy action and a tenacious, thoughtful heroine.” –Booklist

“Exhilarating...Castillo adds surprising twists to the gripping plot and touches upon police brutality and Amish discrimination. This sterling entry can be easily read as a standalone.” –Publishers Weekly (starred)

“An absolute cracker of a book.” –Booklist (starred)

“Castillo uses her Ohio background and knowledge to superb effect. She conceives and creates fully fleshed characters, devises an intricate and twisty plot and examines complex issues of religion and morality. A series of literary weight, Castillo’s work appeals to connoisseurs of crime fiction who expect powerful purpose as well as serious storytelling.” –Fredericksburg Free-Lance Star

“Castillo is terrific at constructing a story, and her pacing is impeccable…this series just gets better and better; Fallen may be the best entry yet.” –St. Louis Post Dispatch

“Fallen successfully pushes the envelope of the series…Castillo is more than capable of extracting new stories from a deceptively but deeply complex culture that is as intricate as it is misunderstood.” –Bookreporter.com

“A pulse-pounding Amish thriller (really!) that’s all too relevant to our time.” —Kirkus Reviews (starred)