By This Shall You Know Him (Paperback) 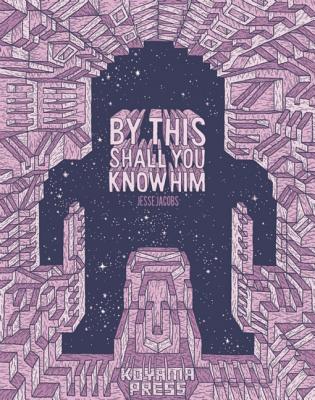 By Jesse Jacobs
Email or call for price
Special Order

Witness the limitless ambitions of celestial beings as they fiddle and fuss with all sorts of molecular arrangements, creating infinitely detailed patterns and strange new worlds brimming with bizarre life forms. By This Shall You Know Him depicts all manner of beasts running, crawling, and slithering towards death's cold embrace.

Jesse Jacobs: was born in Moncton, New Brunswick, and now draws comics and things from his home in London, Ontario. In 2009, his books Small Victories and Blue Winter were short listed at the Doug Wright Awards for Canadian Cartooning. He received the Gene Day Award for Canadian Comic Book Self-Publisher of 2008. Even the Giants (AdHouse, 2011) marked his major publishing debut after several award-winning, self-published titles, and contributed to him being nominated for the 2011 Promising New Talent at the Ignatz Awards. His work has appeared in the acclaimed Latvian comics anthology kus!, as well as the 2012 edition The Best American Comics edited by Francoise Mouly and published by Houghton Mifflin Harcourt.