The Moon Over the Mountain: Stories (Paperback) 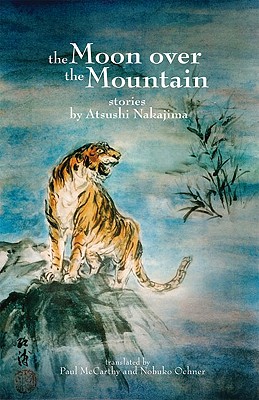 Ancient China is illustriously brought to life in these folk tales, legends, and stories of historical figures that routinely rank alongside such Japanese literary classics as “Rashomon” by Ryunosuke Akutagawa and Kokoro by Natsume Soseki. When they first appeared in Japanese periodicals in 1942 and 1943, they sparked a potentially rich and long career for author Atsushi Nakajima, who tragically died of asthma complicated by severe pneumonia shortly thereafter, but whose work has continued to grow in Japanese regard ever since. This collection marks the first time these works have been translated into English.

Atsushi Nakajima was a Japanese writer known for his meticulously researched short stories based on Ancient China. He was the author of Light, Wind and Dreams. Paul McCarthy is a professor of comparative culture at Surugadai University in Hanno, Saitama, Japan, and has a Ph.D. in East Asian Languages and Civilizations from Harvard University. He is the translator of numerous books, including A Cat, A Man, and Two Women and Childhood Years by Junichiro Tanizaki. Nobuko Ochner is an associate professor of Japanese at the University of Hawaii at Manoa, Honolulu. She is the coeditor of Confluences: Studies from East to West in Honor of V.G. Viglielmo. She lives in Honolulu, Hawaii.