Still Moving: The Film and Media Collections of the Museum of Modern Art (Hardcover) 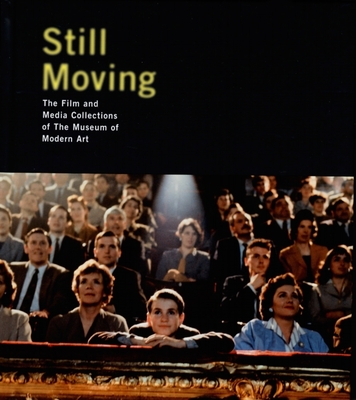 By Steven Higgins (Text by (Art/Photo Books))
$65.00
This item is out of stock with our warehouse. Some recently published books may be in stock @ Room. Email to check.

Founded in 1935, The Museum of Modern Art's Department of Film and Media is home to one of the most important moving-image archives in the world. Still Moving: The Film and Media Collections of The Museum of Modern Art marks the first time that MoMA has published a volume dedicated exclusively to these holdings. Drawn primarily from the Museum's vast library of film stills, the nearly 500 images in this book represent just a fraction of the department's renowned archive, including one of the world's most important collections of international silent cinema; classic early sound films from the United States, Great Britain, France, Germany, Italy, Russia and Japan; extensive holdings of documentary and animation shorts and feature films; significant examples of Hollywood filmmaking from studios such as Warner Brothers, RKO, MGM, Twentieth Century-Fox and Paramount; and more recent works by leading independent and avant-garde film and media artists. Reflecting the Museum's mandate to acquire, preserve, and make available the finest works of film and media from around the world, Still Moving also serves as a stunning visual catalogue of the art and history of the moving image. Receiving special attention in the catalogue are certain key collections within the archive, among them those of the Edison Company, the Biograph Company, D.W. Griffith, Douglas Fairbanks, David O. Selznick, Joseph Cornell and Andy Warhol. The book closes with a photo-essay covering the Celeste Bartos Film Preservation Center, the Museum's state-of-the-art film, media and special-collections storage facility, which opened in 1996 and has since become the model for moving-image preservation worldwide.