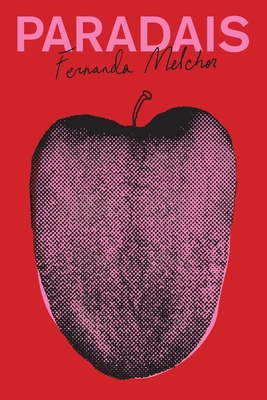 Author of the acclaimed novel Hurricane Season, Fernanda Melchor leads us into a different kind of hell: paradise


Written in a chilling torrent of prose by one of our most thrilling new writers, Paradais explores the explosive fragility of Mexican society—with its racist, classist, hyperviolent tendencies—and how the myths, desires, and hardships of teenagers can tear life apart at the seams.

Born in Veracruz, Mexico, in 1982, Fernanda Melchor is “one of Mexico’s most exciting new voices” (The Guardian). Her novel Hurricane Season was shortlisted for the International Booker Prize, longlisted for the National Book Award, and was a New York Times Notable Book.

Sophie Hughes has also translated José Revueltas and Enrique Vila-Matas for New Directions. She was shortlisted for the 2019 and 2020 International Booker Prize.

Fernanda Melchor explores violence and inequity in this brutal novel. She does it with dazzling technical prowess, a perfect pitch for orality, and a neurosurgeon’s precision for cruelty. Paradise is a short inexorable descent into Hell.
— Mariana Enríquez

Fernanda Melchor has a powerful voice, and by powerful I mean unsparing, devastating, the voice of someone who writes with rage, and has the skill to pull it off.
— Samanta Schweblin

Like Hurricane Season, this novel is told in long sentences and paragraphs, lending it a fever-dream quality that is, at its most intense, almost sickening… [H]orrifying but never gratuitous; Melchor uses shock to lay bare issues of classism, misogyny, and the ravages of child abuse. Her prose, ably translated by Hughes, is dizzying but effective; it’s as if she’s holding the reader’s head and daring them to look away from the social problems she brings to light.

Coming off her last novel, Hurricane Season, Melchor has proven to be one of Mexico’s most tantalizing writers, and Paradais continues her examination into the metaphysical assault embedded in patriarchy and classism. Her appetite for cutting descriptions of sex and actual violence make this short, subversive novel terrifying and hard to put down.

With a nimble command of the novel’s technical resources and an uncanny grasp of the irrational forces at work in society, the books navigate a reality riven by violence, race, class, and sex…In Melchor’s world, there’s no resisting the violence, much less hating it. All a novelist can do, she seems to suggest, is take a long, unsparing look at the hell that we’ve made.
— Juan Gabriel Vásquez - The New Yorker

While her writing turns an unsparing eye on the dysfunction and violence of her native Veracruz, Melchor makes clear that it is neither her job nor her intention to explain her homeland. Her novels are less portraits of Mexico than they are literary MRIs, probing unseen corners of the human heart and finding that many of its darker shades are universal.
— Benjamin P. Russell - The New York Times

Through the alchemy of translation, Sophie Hughes has reinterpreted the local slang of Melchor’s Mexican Spanish. The result is a linguistic marvel: a hybrid English that jumps between British and American dialects; a bastard tongue situated somewhere between LA pulp and something out of James Kelman. It’s a risky choice with an immense payoff.
— Henry Hietala - Cleveland Review of Books

Without moralizing, the Mexican writer Fernanda Melchor’s novels look unflinchingly at cruelty and poverty. Her work is a model for how to think about the ambiguity of human relations.
— Holly Connelly - Jacobin Magazine

Paradais is as engrossing as it is discomfiting. Sophie Hughes’ translation gives Melchor’s candid, lurid run-on sentences a galloping pace; nothing is softened or made more graceful, but the prose is insistent and propulsive while the story accrues guns and rapes and murder.

— Mark Athitakis - On the Seawall

Set in the Gulf Coast state of Veracruz….Melchor’s latest novel, Paradais, is more tightly focused—employing not a chorus of narrators but a duet.

[Melchor's] honest and fearless resolve to capture the rawness of contemporary Mexican society is nothing but inspiring.
— Frieze

Paradais stars a luxury housing complex's beleaguered gardener, who's driven by one of its residents to follow his worst impulses. Melchor's prose is singular, with its fair share of page-long sentences that travel from the deepest psychic corners of her characters to the broadest panoramas of Mexican life.

Paradais stars a luxury housing complex's beleaguered gardener, who's driven by one of its residents to follow his worst impulses. Melchor's prose is singular, with its fair share of page-long sentences that travel from the deepest psychic corners of her characters to the broadest panoramas of Mexican life.

Melchor offers a study of the pathologies of both the bourgeoisie and the proletariat—and does so in prose laced with both high diction and the vernacular.
— Nicolas Medina Mora - The Nation

Melchor makes evident how violence and misogyny touch all corners of society, even the communities thought to be protected by physical gates, security guards, and money. Of course, it happens even in Paradise.
— Harvard Review Online

Fernanda Melchor’s prose is like no one else’s: it’s a torrent of words and feelings, violent at times, and it’s impossible to look away.
— Electric Literature