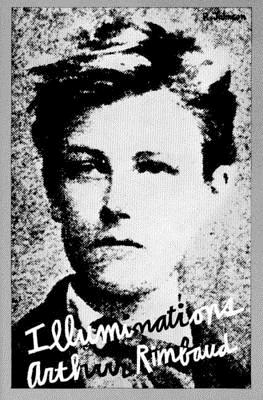 By Arthur Rimbaud
$15.95
This item is out of stock with our warehouse. Some recently published books may be in stock @ Room. Email to check.

The definitive translation of the one of the brightest geniuses of French poetry.

The prose poems of the great French Symbolist, Arthur Rimbaud (1854-1891), have acquired enormous prestige among readers everywhere and have been a revolutionary influence on poetry in the twentieth century. They are offered here both in their original texts and in superb English translations by Louise Varese. Mrs. Varese first published her versions of Rimbaud’s Illuminations in 1946. Since then she has revised her work and has included two poems which in the interim have been reclassified as part of Illuminations. This edition also contains two other series of prose poems, which include two poems only recently discovered in France, together with an introduction in which Miss Varese discusses the complicated ins and outs of Rimbaldien scholarship and the special qualities of Rimbaud’s writing. Rimbaud was indeed the most astonishing of French geniuses. Fired in childhood with an ambition to write, he gave up poetry before he was twenty-one. Yet he had already produced some of the finest examples of French verse. He is best known for A Season in Hell, but his other prose poems are no less remarkable. While he was working on them he spoke of his interest in hallucinations––"des vertiges, des silences, des nuits." These perceptions were caught by the poet in a beam of pellucid, and strangely active language which still lights up––now here, now there––unexplored aspects of experience and thought.

Unknown beyond the avant-garde at the time of his death in 1891, Arthur Rimbaud has become one of the most liberating influences on twentieth-century culture. Born Jean Nicolas Arthur Rimbaud in Charleville, France, in 1854, Rimbaud’s family moved to Cours d’Orléans, when he was eight, where he began studying both Latin and Greek at the Pension Rossat. While he disliked school, Rimbaud excelled in his studies and, encouraged by a private tutor, tried his hand at poetry. Shortly thereafter, Rimbaud sent his work to the renowned symbolist poet Paul Verlaine and received in response a one-way ticket to Paris. By late September 1871, at the age of sixteen, Rimbaud had ignited with Verlaine one of the most notoriously turbulent affairs in the history of literature. Their relationship reached a boiling point in the summer of 1873, when Verlaine, frustrated by an increasingly distant Rimbaud, attacked his lover with a revolver in a drunken rage. The act sent Verlaine to prison and Rimbaud back to Charleville to finish his work on A Season in Hell. The following year, Rimbaud traveled to London with the poet Germain Nouveau, to compile and publish his transcendent Illuminations. It was to be Rimbaud’s final publication. By 1880, he would give up writing altogether for a more stable life as merchant in Yemen, where he stayed until a painful condition in his knee forced him back to France for treatment. In 1891, Rimbaud was misdiagnosed with a case of tuberculosis synovitis and advised to have his leg removed. Only after the amputation did doctors determine Rimbaud was, in fact, suffering from cancer. Rimbaud died in Marseille in November of 1891, at the age of 37. He is now considered a saint to symbolists and surrealists, and his body of works, which include Le bateau ivre (1871), Une Saison en Enfer (1873), and Les Illuminations (1873), have been widely recognized as a major influence on artists stretching from Pablo Picasso to Bob Dylan.