Did God Have a Wife?: Archaeology and Folk Religion in Ancient Israel (Paperback) 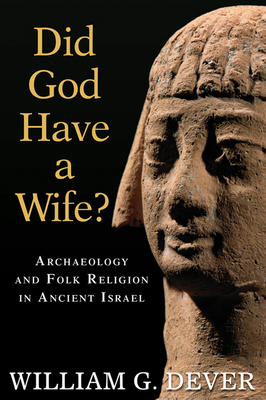 Following up on his two recent, widely acclaimed studies of ancient Israelite history and society, William Dever here reconstructs the practice of religion in ancient Israel from the bottom up. Archaeological excavations reveal numerous local and family shrines where sacrifices and other rituals were carried out. Intrigued by this "folk religion" in all its variety and vitality, Dever writes about ordinary people in ancient Israel and their everyday religious lives.Did God Have a Wife? shines new light on the presence and influence of women's cults in early Israel and their implications for our understanding of Israel's official "Book religion." Dever pays particular attention to the goddess Asherah, reviled by the authors of the Hebrew Bible as a foreign deity but, in the view of many modern scholars, popularly envisioned in early Israel as the consort of biblical Yahweh. His work also gives new prominence to women as the custodians of Israel's folk religion.The first book by an archaeologist on ancient Israelite religion, this fascinating study critically reviews virtually all of the archaeological literature of the past generation, while also bringing fresh evidence to the table. Though Dever digs deep into the past, his discussion is extensively illustrated, unencumbered by footnotes, and vivid with colorful insights. Meant for professional and general audiences alike, Did God Have a Wife? is sure to spur wide and passionate debate.