The Spy Who Came in From the Cold (Hardcover) 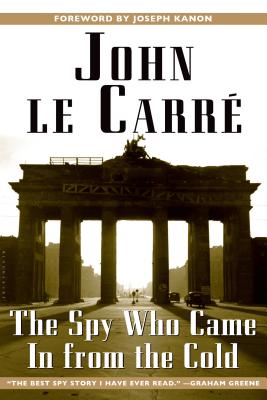 By John le Carré
$28.00
This item is out of stock with our warehouse. Some recently published books may be in stock @ Room. Email to check.

"The best spy story I have ever read." -Graham Greene

On its publication in 1964, John le Carré's The Spy Who Came in From the Cold forever changed the landscape of spy fiction. Le Carré combined the inside knowledge of his years in British intelligence with the skills of the best novelists to produce a story as taut as it is twisting, unlike any previously experienced, which transports anyone who reads it back to the shadowy years in the early 1960s, when the Berlin Wall went up and the Cold War came to life.

The Spy Who Came in From the Cold was hailed as a classic as soon as it was published, and it remains one today.

John le Carré was born in 1931. His third novel, The Spy Who Came in From the Cold, secured him a worldwide reputation, which was consolidated by the acclaim for his trilogy: Tinke, Tailor, Soldier, Spy; The Honorable Schoolboy, and Smiley's People. His novels include The Little Drummer Girl, A Perfect Spy, The Russia House, Our Game, The Taileor of Panama, and Single & Single. John le Carre lives in Cornwall.

“Superbly constructed, with an atmosphere of chilly hell.” —J. B. Priestley