Coach 'em Up: Reclaiming Sports for the Benefit of the Athlete (Paperback) 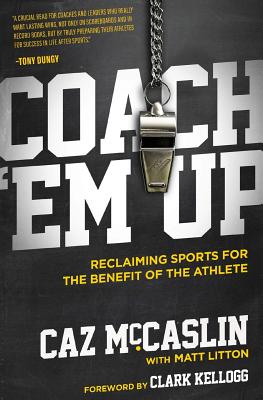 There are two types of coaches in American sports: the ones who think, What can my players do for me? and those who approach the craft with the mindset of What can I do for my players?

No matter where games are played - from neighborhood courts to domed stadium fields; local recreational leagues to the Big Leagues - sports have become broken. Parents fighting on the sidelines, players punching referees, coaches berating youth-age players, abuse of players in the college ranks, and all for what? Winning is no longer just a desired outcome or the end-goal of competition; it has become thinly goal. What happened?

As competitors, coaches, mentors and role models, we've created a culture that only celebrates and glorifies outcomes. We've turned games into a hyper competitive race that no one will ever win.

It's time to reclaim the game.