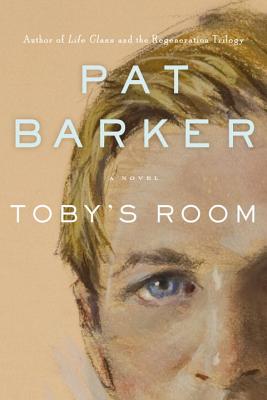 By Pat Barker
Email or call for price
Special Order

From Booker Prize winner Pat Barker, a masterful novel that portrays the staggering human cost of the Great War. Admirers of her Regeneration Trilogy as well as fans of Downton Abbey and War Horse will be enthralled.

With Toby’s Room, a sequel to her widely praised previous novel Life Class, the incomparable Pat Barker confirms her place in the pantheon of Britain’s finest novelists. This indelible portrait of a family torn apart by war focuses on Toby Brooke, a medical student, and his younger sister Elinor. Enmeshed in a web of complicated family relationships, Elinor and Toby are close: some might say too close. But when World War I begins, Toby is posted to the front as a medical officer while Elinor stays in London to continue her fine art studies at the Slade, under the tutelage of Professor Henry Tonks. There, in a startling development based in actual fact, Elinor finds that her drafting skills are deployed to aid in the literal reconstruction of those maimed in combat.

One day in 1917, Elinor has a sudden premonition that Toby will not return from France. Three weeks later the family receives a telegram informing them that Toby is “Missing, Believed Killed” in Ypres. However, there is no body, and Elinor refuses to accept the official explanation. Then she finds a letter hidden in the lining of Toby’s uniform; Toby knew he wasn’t coming back, and he implies that fellow soldier Kit Neville will know why.

Toby’s Room is an eloquent literary narrative of hardship and resilience, love and betrayal, and anguish and redemption. In unflinching yet elegant prose, Pat Barker captures the enormity of the war’s impact—not only on soldiers at the front but on the loved ones they leave behind.

Pat Barker is most recently the author of "Life Class," as well as the highly acclaimed Regeneration Trilogy: "Regeneration"; "The Eye in the Door," winner of the Guardian Fiction Prize; and "The Ghost Road," winner of the Booker Prize; as well as seven other novels. She lives in the north of England.


Barker...has pursued [World War I] through a remarkable series of novels: the much-admired "Regeneration" trilogy...Life Class and now Toby's Room.... [T]hese novels go far beyond a demonstration of the powers of the historical imagination. Like most good works of fiction, they’re not so much about the events they depict as about the resonance of those events, the way certain actions ripple through people’s lives.... Toby's Room takes large risks. It’s dark, painful and indelibly grotesque, yet it is also tender. It strains its own narrative control to create in the midst of an ordinary life a kind of deformed reality—precisely to illustrate how everything we call ‘ordinary’ is disfigured by war. And it succeeds brilliantly."— John Vernon, New York Times Book Review


"You get a glimpse inside Toby’s room in Pat Barker’s poignant novel of the same name, but what you remember are three real and very different English landmarks — the Slade, London’s prestigious art academy; Cafe Royal, frequented by the likes of Oscar Wilde, Winston Churchill and Virginia Woolf; and the Queen’s Hospital, opened in 1917 to serve injured British soldiers in need of facial reconstruction.... No one evokes England in all its stiff-upper-lip gritty wartime privation like Barker. She is as uncompromising as Henry Tonks, as determined to render an honest portrayal of war. She will not allow us to sweep it out of sight.... [She] sets the bar high."—Ellen Kanner, Miami Herald


"Haunting and complicated sibling love is at the heart of Pat Barker's Great War novel.... [T]he precision of Ms. Barker's writing shows her again to be one of the finest chroniclers of both the physical and psychological disfigurements exacted by the First World War."—Wall Street Journal


"Barker deftly fused fact and fiction in her hugely impressive "Regeneration Trilogy" by turning the war poets Siegfried Sassoon and Wilfred Owen into integral characters. She continues this blending in Toby's Room.... [It] is in many ways Barker's most ambitious novel to date.... As ever, the war scenes, and the accounts of the broken men who inhabit them, are, by turn, gripping and unsettling. However, in with the carnage and the trauma are those expert passages on art as something both reflective and redemptive. This is a powerful book that chronicles in various ingenious ways, and from certain unique perspectives, 'the poignancy of a young life cut short.'"—Malcolm Forbes, San Francisco Chronicle


"[A]lthough Toby’s Room is not billed as a prequel or sequel to Life Class and the reader need not be familiar with that novel in order to get to grips with this... [t]hose who do know Barker’s previous work will be struck by recurrences and continuations in this novel not only of events in Life Class, but in Regeneration, too.... [Barker's] prose remains fresh, humanely business-like, crisp and unsentimental. Images are scrupulously vivid, and the plot has real momentum."—Freya Johnston, Telegraph (London)


"A driving storyline and a clear eye, steadily facing the history of our world.... For Barker, the wounded faces of the soldier-victims are realities, and also emblems of what must never be forgotten or evaded about war, and must continue – in her plain, steady, compelling voice – to be turned into art."—Hermione Lee, Guardian (London)

“Beautiful and evocative . . . A coming-of-age story that transcends the individual and gestures to the fate of a generation.”
—People

“Here, as in her best fiction, Barker unveils psychologically rich characters . . . and resists the trappings of a neat love story, reminding us once again that in art and life we remain infinitely mysterious.”
—San Francisco Chronicle

Praise for the Regeneration Trilogy

“It has been Pat Barker’s accomplishment to enlarge the scope of the contemporary English novel.”
—The New Yorker

“Some of the most powerful antiwar writing in modern fiction.”
— The Boston Globe