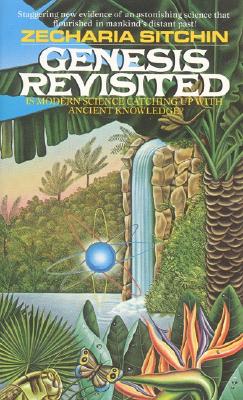 Modern Technology . . . or Knowledge of the Ancients?

Space travel . . . Genetic engineering . . . Computer science . . . Astounding achievements as new as tomorrow. But stunning recent evidence proves that as these ultramodern advances were known to our forfathers millions of yrsterdays ago . . . as early as 3,000 years before the birth of Christ!

In this remarkable companion volume to his landmark EARTH CHRONICLES series, author Zecharia Sitchin reexamines the teachings of the ancients in the light of mankind's latest scientific discoveries -- and uncovers breathtaking, never-before-revealed facts that challenge long-held, conventional beliefs about our planet and our species.

Zecharia Sitchin is an internationally acclaimed author and researcher whose books offer evidence that we are not alone in our own solar system. One of a handful of scholars able to read the Sumerian cuneiform tablets, he has combined archaeology, ancient texts, and the Bible with the latest scientific discoveries to retell the history and prehistory of mankind and planet Earth. His trailblazing books have been translated into more than twenty languages; his first one, an oft-quoted classic, celebrates the thirtieth anniversary of its publication. A graduate of the University of London and a journalist and editor in Israel for many years, he now lives and writes in New York.