The Hamilton Case: A Novel (Paperback) 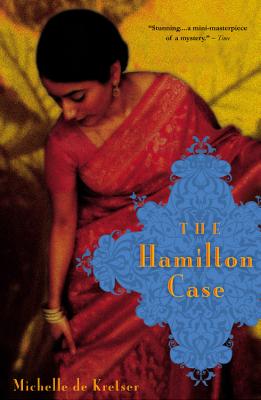 Has anyone, outside of Australia where she teaches, heard of Michelle de Kretser? Probably her fellow Sri Lankans where she grew up, but she writes such good books I hope more readers will make the discovery. This book has a dark Evelyn Waugh humor threading through a dysfunctional family's privileged life in Ceylon before independence. A mother/ son send up that has Sophoclean troubles. — From Jeff's Picks

A flamboyant beauty who once partied with the Prince of Wales and who now, in her seventh decade, has "gone native" in a Ceylonese jungle. A proud, Oxford-educated lawyer who unwittingly seals his own professional fate when he dares to solve the sensational Hamilton murder case that has rocked the upper echelons of local society. A young woman who retreats from her family and the world after her infant brother is found suffocated in his crib. These are among the linked lives compellingly portrayed in a novel everywhere hailed for its dazzling grace and savage wit -- a spellbinding tale of family and duty, of legacy and identity, a novel that brilliantly probes the ultimate mystery of what makes us who we are.

Michelle de Kretser is a Sri Lankan who has lived in Australia for several years. She is the author of the novels The Rose Grower, The Hamilton Case, and The Lost Dog, and she is currently an associate of the English Department at the University of Sydney.