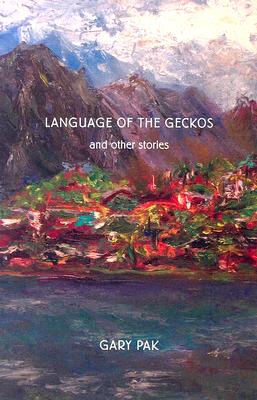 Gary Pak has emerged as one of the most important Asian Hawaiian writers of our time. In this new collection, Pak expertly crafts a memorable cast of Hawai'i's Korean Americans, Chinese Americans, Japanese Americans, and Native Hawaiians, amplifying our cross-cultural understanding of Hawaiian life today.

The nine short stories in Language of the Geckos and Other Stories paint an array of locals caught up in failed dreams of financial success and romantic fulfillment. Many of these stories deal with issues particular to Native Hawaiian perspectives, while others take slice-of-life glimpses at characters alienated in the land of their birth. Pak's sure narrative voice shifts deftly between his actors, shading the nuanced voices and interior lives of housewives, mechanics, cabdrivers, aging hippies, and desperate bargirls. Most of these characters speak in the lingua franca of the islands, a highly developed Creole that is commonly called Pidgin English. Also strongly present is the spiritual ambiance of the land.

The worlds of Pak's Hawaiians, Asian locals, and the haoles sometimes intersect and collide and other times remain parallel, but each world is haunted by the past. Whether Pak evokes shadows of World War II, the Vietnam War, the radical sixties, or the military dictatorship of Chun Doo Hwan in Korea, the larger historical context looms ominously in the background as wounded memories of characters in despair.

Gary Pak is director of creative writing and associate professor of English at the University of Hawai'i at Manoa. He is the author of The Watcher of Waipuna and Other Stories and the novels A Ricepaper Airplane and Children of a Fireland.