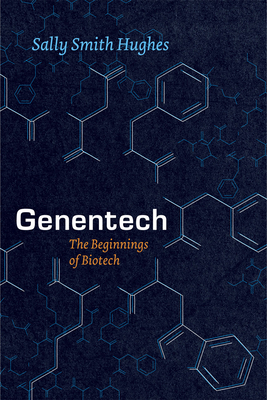 In the fall of 1980, Genentech, Inc., a little-known California genetic engineering company, became the overnight darling of Wall Street, raising over $38 million in its initial public stock offering. Lacking marketed products or substantial profit, the firm nonetheless saw its share price escalate from $35 to $89 in the first few minutes of trading, at that point the largest gain in stock market history. Coming at a time of economic recession and declining technological competitiveness in the United States, the event provoked banner headlines and ignited a period of speculative frenzy over biotechnology as a revolutionary means for creating new and better kinds of pharmaceuticals, untold profit, and a possible solution to national economic malaise. Drawing from an unparalleled collection of interviews with early biotech players, Sally Smith Hughes offers the first book-length history of this pioneering company, depicting Genentech’s improbable creation, precarious youth, and ascent to immense prosperity. Hughes provides intimate portraits of the people significant to Genentech’s science and business, including cofounders Herbert Boyer and Robert Swanson, and in doing so sheds new light on how personality affects the growth of science. By placing Genentech’s founders, followers, opponents, victims, and beneficiaries in context, Hughes also demonstrates how science interacts with commercial and legal interests and university research, and with government regulation, venture capital, and commercial profits. Integrating the scientific, the corporate, the contextual, and the personal, Genentech tells the story of biotechnology as it is not often told, as a risky and improbable entrepreneurial venture that had to overcome a number of powerful forces working against it.

Sally Smith Hughes is a historian of science at the Bancroft Library at the University of California, Berkeley. She is the author of The Virus: A History of the Concept and the creator of an extensive collection of in-depth oral histories on bioscience, biomedicine, and biotechnology.

“Hughes has crafted an engaging historical account of Genentech from its beginnings as a small laboratory at the University of California, San Francisco to the 2009 merger with Roche for 47 billion dollars. . . . [Her] account will appeal to a broad audience and is a must read for scholars interested in the history of biotechnology. Highly recommended.”
— J. A. Hewlett

“[A]n important addition to the history of biotech.”
— Phillip A. Sharp, Massachusetts Institute of Technology

“Over the past 20 years Sally Smith Hughes has done a great service to science studies by conducting in-depth oral-history interviews with prominent scientists, venture capitalists, corporate leaders, and attorneys in the history and business of early biotechnology. She drew on her unprecedented access to corporate records and a large number of actors and their oral histories to write Genentech, the first comprehensive account of the creation and early development of the Genentech Corporation.”

“[A]n eminently readable (and, for classes, eminently assignable) story . . . . Smith Hughes is one of the foremost oral historians of science today, and Genentech is filled with illuminating interview snippets woven artfully into a narrative that both engages and (somewhat surreptitiously) analyzes. . . . [F]or a case study that lays out in lively detail the ambiguities and exuberances of high-tech entrepreneurship, Smith Hughes’s Genentech surely ranks among the very best.”
— Cyrus C. M. Mody, Rice University

“[A] fascinating book, vividly recount[ing] the blood, sweat, and tears of the early days of ‘genetic engineers’ working at the bench, designing new biomolecules, and capitalizing their promises on Wall Street.”
— Social History of Medicine

“Genentech: The Beginnings of Biotech paints a wonderfully detailed picture of an important beginning in the history of biotechnology.”
— Nathan Crowe, Arizona State University

"Sally Smith Hughes skillfully describes the improbable creation, difficult adolescence, immense prosperity, and eventual foundering of Genentech, the first biotech behemoth. It’s a great tale, with a cast of fabulous characters and surprising episodes, ranging from Palo Alto to Wall Street. This is an outstanding book that should appeal to Nobel laureates as well as hedge-fund barons and ordinary citizens.”

“Drawing extensively on oral histories, Hughes reveals the day-to-day hands-on roles of both the venture capitalists and the scientists, their eyes fixed at once on scientific triumphs and corporate riches, who brought Genentech to life. Hughes vividly recounts the tough-minded deals, buccaneering strategies, laboratory struggles, and relentless patent arrangements that not only made for Genentech’s success but that pioneered the new biotechnology industry’s operational model.”
— Daniel Kevles, Yale University

“Sally Smith Hughes’s book on the formative years of Genentech helps fill a gaping hole in the history of biotechnology, as it grew out of the recombinant DNA technology in the 1970s and 1980s. This book covers the quake from its epicenter. It draws on two decades of research, thousands of conversations, hundreds of documents, and dozens of oral history interviews. This zippy read will be welcomed by those who care about the San Francisco Bay area, biotechnology, the history of molecular biology, and high-tech economic development. Genentech has long had its legends, statues, buildings, and view of Candlestick Park; now it has a book about its beginnings.”
— Robert Cook-Deegan, Duke University

“My first job out of my postdoc was at Genentech in early 1981. At the time, I had no idea that all those guys in suits were doing something that had never been done before. But I did know the science was amazing—and Bob Swanson was the clear leader in creating an environment that supported that science. Sally Smith Hughes has brought to life the details of what the key players were up to—they weren’t playing it safe, and they created a catalytic environment that generated a whole new industry.”
— Cynthia Robbins-Roth, author of From Alchemy to IPO