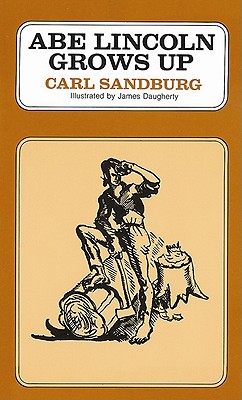 Drawn from the early chapters of Carl Sandburg’s Pulitzer Prize-winning biography, Abraham Lincoln: The Prairie Years, this is the story of Abraham Lincoln’s childhood. Growing up poor on the family farm, Abe did chores, helped his father cut down trees, and expertly skinned animals and cured hides. As a young man, he became an avid reader. When he witnessed a slave auction while on a flatboat trip down the Mississippi, he was forever changed—and so was the future of America. This is the remarkable story of Lincoln’s youth, early America, and the pioneer life that shaped one of our country’s greatest presidents.

CARL SANDBURG (1878–1967) was twice awarded the Pulitzer Prize, first in 1940 for his biography of Abraham Lincoln and again in 1951 for Complete Poems. Before becoming known as a poet, he worked as a milkman, an ice harvester, a dishwasher, a salesman, a fireman, and a journalist. Among his classics are the Rootabaga Stories, which he wrote for his young daughters at the beginning of his long and distinguished literary career.

“[A] readable, heroic biography”—The New York Times Book Review
“Admirers of Mr. Sandburg’s Abraham Lincoln: The Prairie Years, will be glad of an opportunity to share that uniquely interesting picture of pioneer life with their children . . . confidently commended.”—Saturday Review