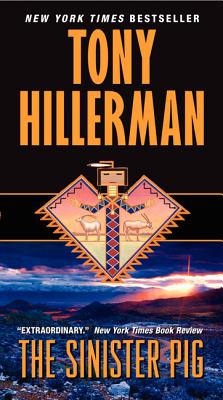 This is book number 16 in the A Leaphorn and Chee Novel series.

Hot on the heels of his huge bestseller, The Wailing Wind, Tony Hillerman brings back Chee and Leaphorn in a puzzling new mystery

The body of a well-dressed fellow, all identification missing, is found hidden under the brush on the Jicarilla Apache Reservation. The local FBI takes over from the Navajo Police Sergeant Jim Chee, and quickly has the case snatched all the way to Washington. Washington proves uncooperative and the case is deadended. When Joe Leaphorn, the “legendary lieutenant” of Hillerman’s Navajo Tribal Police discovers that Washington officials hid the body’s identity, lines surprisingly connect to the case he’s working on at exotic game ranch. A photograph she sends him tells Chee she is facing a danger he doesn’t understand.

Hillerman produces a galaxy of unusual characters in this compelling novel that is sure to confound readers until the very last page.